Syrius - Issue when building from source on Windows

I’ve been stuck on this for hours, hoping someone here can help me.
I’m trying to build Syrius v0.0.5 on Windows from source but I’m getting this error. It happens when the splash-screen animation ends and doesn’t transition to the wallet screen. The app doesn’t crash.
Any ideas? 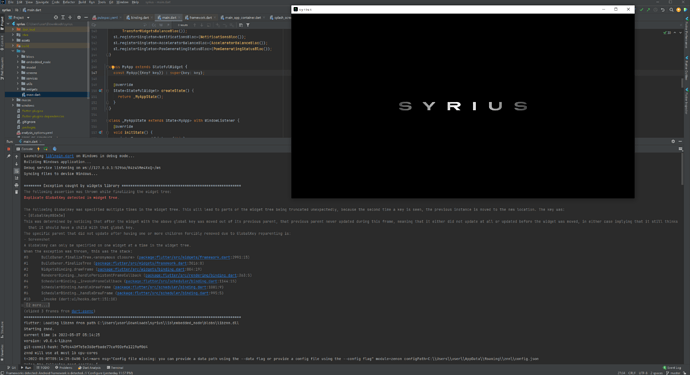 @Sigli might need to engage the devs? Any thoughts?

Yes I will try to find out and will let you know how to resolve this. Thank you

What Flutter version are you using?

I also tried to use the master channel version of Flutter but that resulted in build dependency failures.