just submitted an Accelerator-Z project proposal for the development of a Zenon Java SDK.

No brainer. Thank you for submitting. Just approved this one.

Do we really need a java SDK

And how is it different than a kotlin SDK; isn’t it the same thing?

Don’t take me wrong, @CryptoFish, I value all your contributions, but I’d like to see something build on top of existing stuff

This file has been truncated. show original

This page explains some of the key differences. Kotlin vs Java: the 12 differences you should know

Whether the Kotlin implementation will be completely compatible with x version of the standard Java compiler depends on the implementation and dependencies used.

The idea of this project is to create a Java implementation for the standard Java compiler version x and build from there. Although not necesarily required you could argue to first create a Java version and build direved versions from it for maximum exposure to the Java development community.

Of course there are more aspects to consider than only language differences. For example the debate between purism and pragmatism could favor one over the other.

What are the main advantages of a Java SDK?
I see some markets for

Btw, I have the same restraints on all the other languages as well.
I’ll fucking quit if someone does an OCaml/Haskel SDK for ZNN

Other than its wide usage and adoption, I don’t think Java has any main advantages over the other languages. I believe the main purpose of creating various SDK’s was to make it as easy as possible for new developers to start developing on Zenon, in an language they’re most familiar with. As far as I understand that list of languages was decided upon in the Zenon SDK Status thread. So please don’t quit OCaml/Haskel is not on the list

You could argue why create an JS and Typescript SDK version if Kotlin is downgradable to both. Wouldn’t Kotlin be enough to serve 3 other SDKs?

If you want we could discuss this issue with a wider audience and let the community decide whether its worthwhile to continue?

The original list (below) was provided by MrKaine - I assume it’s their best guess of what the industry uses/wants? 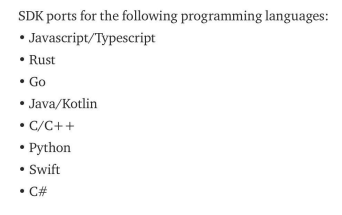 @Sigli told us the devs are looking for these SDKs. We have 900,000 ZNN to accomplish these goals, plus the cross-chain solutions. Does Java / Kotlin mean Java AND Kotlin? The project was approved, so don’t we think it should move forward? 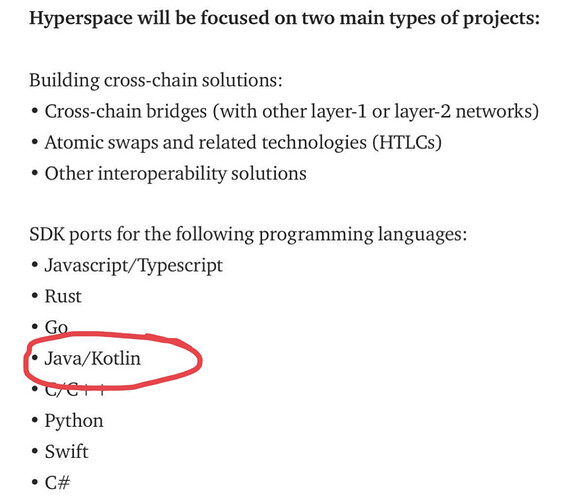