Here is how I reply to job applicants that come in via email thanks to the job board listings. I’ve noticed some devs join various telegram channels, asking to hire them. Ideally this copy will get translated to a landing page on zenon.org that’ll guide all.

In my emails, the links are all tracked using click.zenon.link short links: 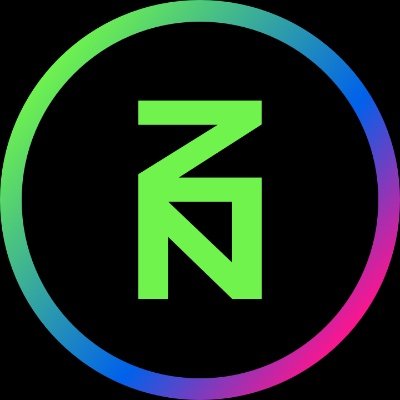 @ZenonOrg
1) In anticipation of the zenon.org integration with@attribute_me's tracking systems, we setup zenon.link as a masked shortener. All links used in funnels will use UTM parameters and be masked as zenon.link short links.

This is called inbound marketing as we’re positioning opportunities in traffic sources where people are closest to converting. In this case they’re looking for jobs, and hence visit job boards.

The whole will eventually be streamlined with landing pages on the zenon.org. The more organized we are with docs and resources for newcomers, the easier this’ll all become. Zenon.org will make sure to architect the best highways for inbound traffic

The next level would be retargeting and re-engaging with candidates to convert them into contributors.

Thanks for your interest in contributing to Zenon Network’s development.

My name is mehowz, I was previously contributing to THORChain and helped that community grow from a $15M market cap to many billion between 2019-2021 thanks to various successful campaigns and the development of the THORChain.org website. My expertise is growth hacking.

In 2022 I moved on from THORChain and joined the ZenonOrg team. We’re a pillar-operating organization, meaning that we run validator pillars (nodes essentially) in the Zenon Network. ZenonOrg’s mission is to develop distribution networks and marketing systems for the Zenon ecosystem. You’ll see us roll out a new zenon.org website soon, which’ll tie itself with a variety of marketing funnels to onboard new participants into the Zenon Network.

As a first priority, we’re looking to onboard:

As a second priority, we’ll be looking to onboard more:

Going back to the developer needs. The anonymous core developers of the Zenon protocol have been working for over 3 years, and written over 1.3M lines of code. They open-sourced quite a bit of the code on Github due to their progressive objectives to decentralize the network (modelled around the values of and ethos of Bitcoin). They’re expecting the community to take lead on many of the much needed core developments.

They launched a program called Accelerator-Z (aka A-Z), which allows anyone to write a proposal and request funds to carry out the work, whether it be development, marketing etc. Proposals are submitted in the syrius desktop wallet, while pillars use the wallet to vote (on-chain) in-favour or against. Once a quorum is reached, the proposal either passes or gets rejected, and then the proposal leader is asked to submit a 2nd proposal for his work phase (which goes through the same round of on-chain voting). Most A-Z submissions have been dev-oriented due to the pressing development needs initiated by the Hyperspace program.

As a first priority, the Zenon network needs:

As a 2nd priority:

Interoperability solutions so that there’s more liquidity that can enter and exit. For that we need:

This is basically the foundation - liquidity can flow in and out in a secure and efficient way and devs can use different programming languages to interact with Zenon NoM.

As a 3rd priority:

Now that that’s covered, we need to look at what is needed from a product / zApp perspective that allows product devs to build meaningful applications on top of Zenon NoM.

As a 4th priority:

In order for these zApps to support potentially millions of users, the Zenon NoM protocol has to advance from Alphanet to Betanet and implement sentinels so that higher scalability and transactions per second is achieved.

Note that not all interoperability solutions need to be realized in order for the network to move ahead to other priorities. It just facilitates the flow of capital and reduces entry barriers. A few trustless bridges + atomic swaps or wrapped assets are already more than enough.

Priority 4 will likely happen before priority 3 (as it’s theoretically scheduled for end of year), and a gant-style Phase 2 can be a very long phase that overlaps 3 and 4.

You applied to the WebAssembly / Smart Contract Runtime job post, which is listed in the 3rd priority. Any advancement in the priorities listed are welcomed.

You can read more about Hyperspace x Accelerator-Z in the forum topic, it includes a link to the template most applicants use to develop an A-Z proposal in the Accelerator-Z category. We welcome you to browse through previous submissions using Zenon.tools to see which were approved and funded.

Zenon is a network-governed decentralized entity. No single entity or brand can decide whether one will get funded (as a network of pillar validators vote on proposals on-chain), but looking at historical submissions and on-chain approvals, developers are highly prioritized and more-often-than-less funded for work. Developers just need to write good proposals and show commitment. Given the low market cap of the $ZNN token this is the time to earn some ZNN via the A-Z program. The $QSR token doesn’t have any markets yet other than an OTC channel due to the lack of a wQSR bridge as highlighted above.

Here are some important Telegram channels to join:

Ideally we believe the best space is on the ZenonOrg forums as it’s easier to track the progressions of conversations. We welcome you to join them and browse the Developers category.

If you have any questions, feel free to email us back at contact@zenon.org or DM us via our ZenonOrg handle. You can find me personally on Twitter and Telegram.

Special thanks to @Shazz who got me up to speed on network priorities after I recovered from my hospitalization, and great job @vilkris for zenon.tools and @0x3639 with the resources you’re pinning in the forums!

Thank you for your drive and initiative man, it’s an absolute pleasure watching you work!

This is awesome, thank you for your dedication!