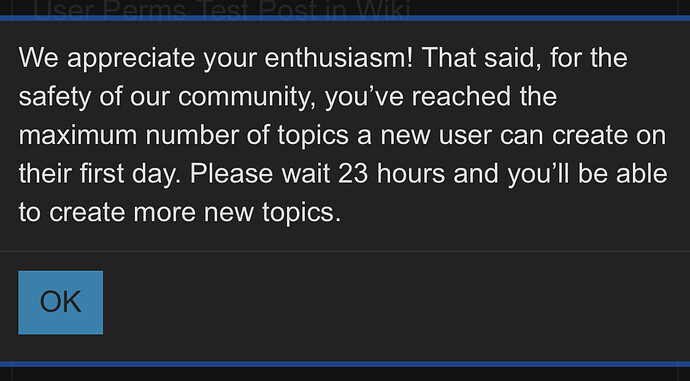 This works. Got this yesterday. Just reporting.

@romeo I wonder if we should relax this initially as we open the forum. It could frustrate people initially.

Maybe we relax initially, and then reenable after many of the core community have joined. Or, we can manually elevate initial users too.

Does it apply to Replies, or only new posts?

And yes it might be good to raise it a little bit. If it was 8 max then worst case scenario mods have 8 spams to deal with. Not that bad.